“I chose Bheemunipatnam as my place of retirement. It’s a sequestered place with only some history and no presence of activity. I acquired a piece of land in Bheemunipatnam in 1978, preparatory to my plan to retire. The small house I constructed in 1979 was named ‘Re’treat’. In later years after I finally arrived all alone towards the end of 1984, the singular garden became a layout to be occupied by many people as destiny would have it, rather than my choice. I thought that there may be a small meeting point of minds in the lay-out. As the residents who were attracted to the place by its frugality and secure privacy, they are supposed to have notionally chosen the place for sadhana. With this in mind I planned a humble temple for ‘Ganapathy’, ‘Yoga- Ganapathy’ in particular. This is conceived by me to be of help if one ever thought of Sadhana. The temple formalities are observed in the regular pooja etc. This would perhaps fit into the name’Anandavan’ that I had given to the lay-out. ‘Anandavan’ is the name ofVaranasi which is the Hindus greatest choice from where to depart forever.

Maybe it is not out of place to recall an incident. In the third week of May 1980, I was present in this garden with my wife Ganga Devi. I walked around that mid-day as if in search of something, more in sub-conscious than in mind. I stopped, got a pail of water and poured it on a small stone at a particular point. I thought of my eternal Guru and the divine light appeared on the spot. More unwittingly drove a dry-twig into the ground, made a circle around it, gathered some brick-bats and covered that ground. Somehow that little piece of land with the peg intact was preserved for some years. Much later the garden lost its singular identity and was split into many so called sites. One site of about 300 yards included this spot. As if by careful measurement this peg-point occupied the exact mid-point between the north and the south of the site and also in the middle of the western third-part of the site. Years later the Yoga-Ganapathy temple came to be put up here and this peg-point turned out to be the actual point of installation of Yoga- Ganapathy (This idol was carved out of a rock with a greenish tinge found in the depth of the Arunachala hill on an auspicious day by Sri dandapani sthapati of Chennai). The idol was installed on 31st January 2001.To me of-course this point is the Gurusthan inseparable with the Yoga MahaGanapathy” 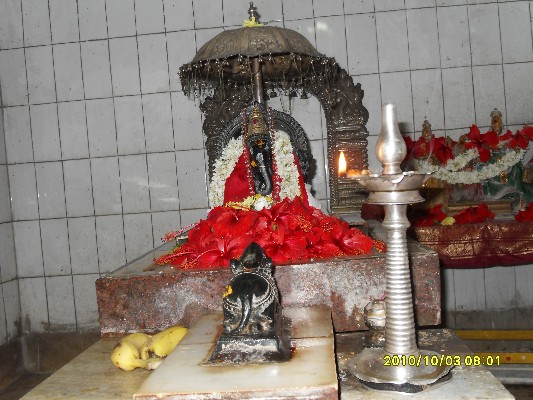 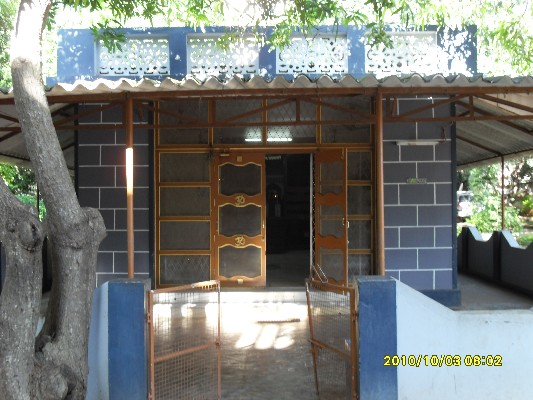 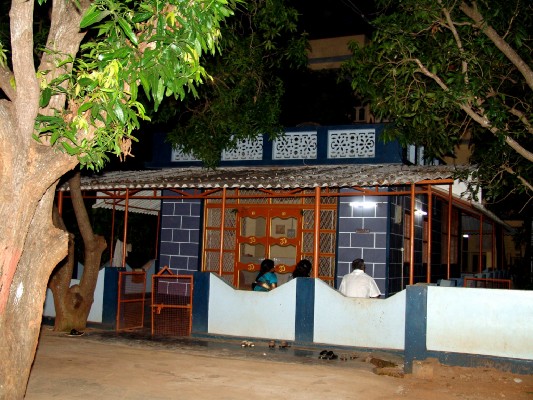